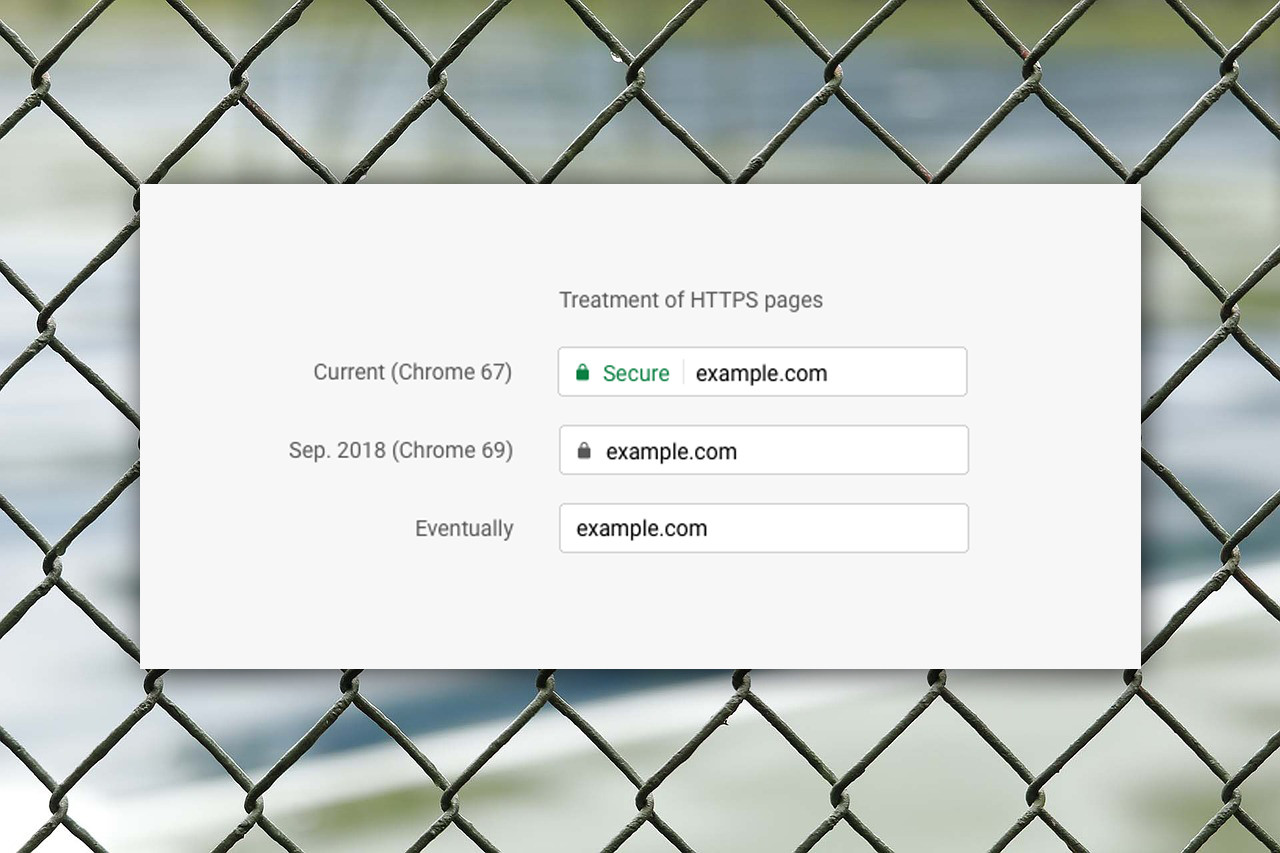 The next versions of Google’s browser will focus on highlighting the lack of security of HTTP web pages and will stop marking HTTPS sites as safe in their address bar . It will be from September, with Chrome 69, when the label “It is safe” will disappear.

As explained in a publication of the Chromium blog, the use of the secure protocol of hypertext transfer on the web has improved as Chrome’s security indicators have evolved. That’s why users should expect a web, by default, to be secure . And since that should be normal, they should only receive notices when there are problems.

Google already revealed earlier this year that all HTTP sites will be marked as “unsafe” as of July, with Chrome 68. When you have to enter private data, such as passwords, bank cards and other sensitive information, the warning label will appear in red color to prevent users.

In the long term, in addition, the idea is that an HTTPS web page does not show in the Chrome address bar or the lock icon .

“Not sure” equal to red warning

The person in charge of Chrome Security, Emily Schechter, has remembered that as of October the version 70 of Chrome will begin to show the red warning “not safe” when the users introduce data in pages HTTP . Previously they considered that the use of this protocol was too high to mark all HTTP pages like this.

As we know, HTTPS is a more secure version of the HTTP protocol used on the network to connect users to websites. Through a secure connection, the data that the user sends to a website is kept more protected and the risks are reduced against different types of threats.

However, the security of HTTPS can increase and the main rival of Chrome, Firefox, taking a while looking to raise it trying to force the security standard called secure contexts (safe contexts) initiated by Google in 2014.

In February, 68% of traffic generated in Chrome on both Android and Windows took place on pages with HTTPS protocol

It remains to be seen if, at least at the beginning, the elimination of the green label “It is safe” has some effect on the behavior of users who until now had become accustomed to seeing it and understanding it as synonymous with security.

According to data provided by Google itself in February, 68% of the traffic generated in Chrome on both Android and Windows took place on pages with HTTPS protocol. In the OS Chrome OS and Mac OS that figure was even higher, producing 78% of the traffic on HTTPS pages . Also, they assured that 81 of the 100 most popular websites already used HTTPS