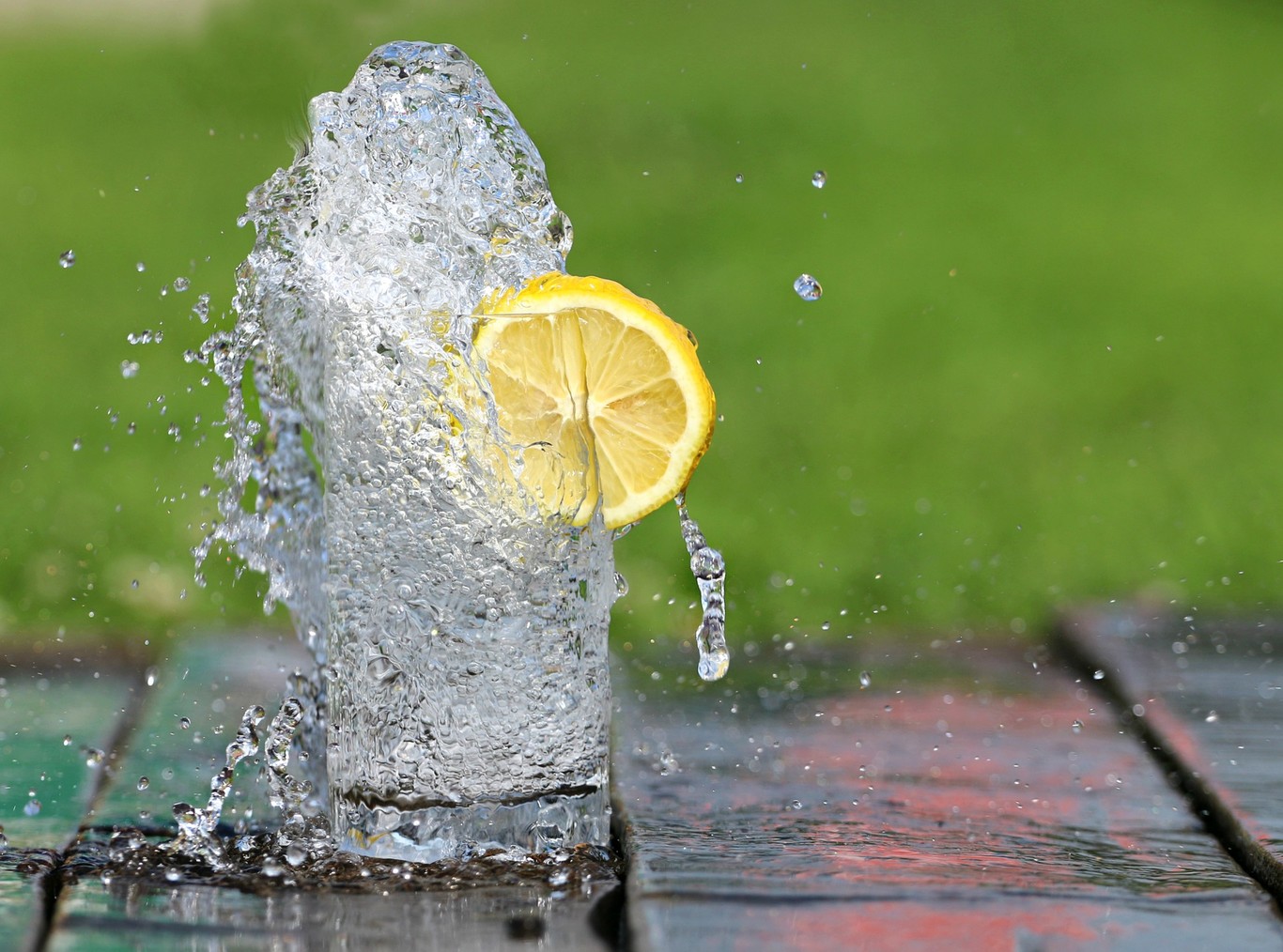 The lemon water is for many an almost miraculous drink for its many (alleged) properties: improves digestion, helps detoxify (something we’ve talked at length here ) and also helps you lose weight.

Is this true? Let’s see what has been shown, and what not , about the slimming properties of water with lemon.

It has few calories

Water with lemon is a very low calorie drink . Assuming you add the juice of half a lemon to a glass of water, it will only have six calories . So if you use it to replace other drinks with more calories, such as orange juice or sugary soft drinks, it is a good way to reduce your caloric intake and thus lose weight.

If we consider that a glass of orange juice can have about 110 calories, and that a half-liter soda can reach almost 200 calories, only replacing one of these drinks with a glass of lemon juice can reduce your daily count of calories in 100-200 calories.

In addition, some studies show that drinking low-calorie beverages with meals reduces the total number of calories consumed in that meal , since drinking high-calorie foods does not make us compensate by eating less.

So although water with lemon is not totally free of calories, the number is so low that the effect is similar and helps reduce the total count.

It keeps you hydrated

Drinking enough fluid and staying hydrated is an essential part of taking care of our health : it regulates the temperature, carries the nutrients to the cells and transports the waste out of the body, helps us to fulfill the basic functions and improve our sports performance.

Some evidence suggests that keeping us hydrated also helps us lose weight : it increases the decomposition of body fat, mobilizing it and helping us eliminate it. It is also important to avoid fluid retention , which makes us feel bloated and heavy.

Since most water with lemon is that, water, drinking it can help keep us hydrated and thereby lose weight.

It could activate the metabolism

Some studies suggest that you drink enough water by improving mitochondrial function (a type of cellular organelle that contributes to the generation of energy). This would lead to an acceleration of the metabolism that would in turn lead to a loss of weight .

Drinking water has also been shown to increase metabolism by inducing thermogenesis , the process by which our body burns calories to maintain its temperature.

In one study , 14 participants drank half a liter of water, and this increased their metabolic rate by 30% for 30-40 minutes . In another , the effects of drinking water in 21 overweight children were observed and they observed that drinking 10 milliliters per kilo increased the metabolism by 25% during 40 minutes.

Research on water with lemon in concrete is limited, but since water is its main ingredient, in terms of hydration it will have the same effect as water alone.

Drinking water falls within the recommendations of any regime to lose weight as it promotes the feeling of fullness without contributing calories.

In one study , the effects of this technique on 24 adults with overweight and obesity were analyzed, and it was observed that drinking half a liter of water before breakfast reduced the calories of that meal, on average, by 13% .

Since water with lemon is low in calories and provides satiety as water does alone, it is a good way to reduce total calorie intake.

Yes, it can help you lose weight …

Thanks to its potential effects on metabolism, satiety and hydration, the evidence suggests that drinking water (including water with lemon) helps to lose weight .

In one study , 48 adults were instructed to follow two diets: one of them low in calories and drinking 0.5 liters of water before each meal, and the other simply low in calories. The results showed that after 12 weeks those of the first group had lost 44% more weight than those of the second. Other studies suggest that this advantage is maintained regardless of the diet followed or the physical activity practiced.

These results focus on normal water, but they could be obtained with water with lemon.

… but water without lemon has the same effect

As we have said, drinking water with lemon has many benefits related to hydration and satiety, for example. But we must remember that all come from its main ingredient: water .

We must remember that all [the benefits] come from its main ingredient: water

When adding lemon we add some nutrients, such as vitamin C or antioxidants, but these have no effect on your weight .

So if you want to lose weight, and you like the taste that the lemon brings to the water (as long as you do not add sugar or you will throw down all your effort), go ahead and throw it out. But if not, drink the water as is . It will impact equally on your weight.