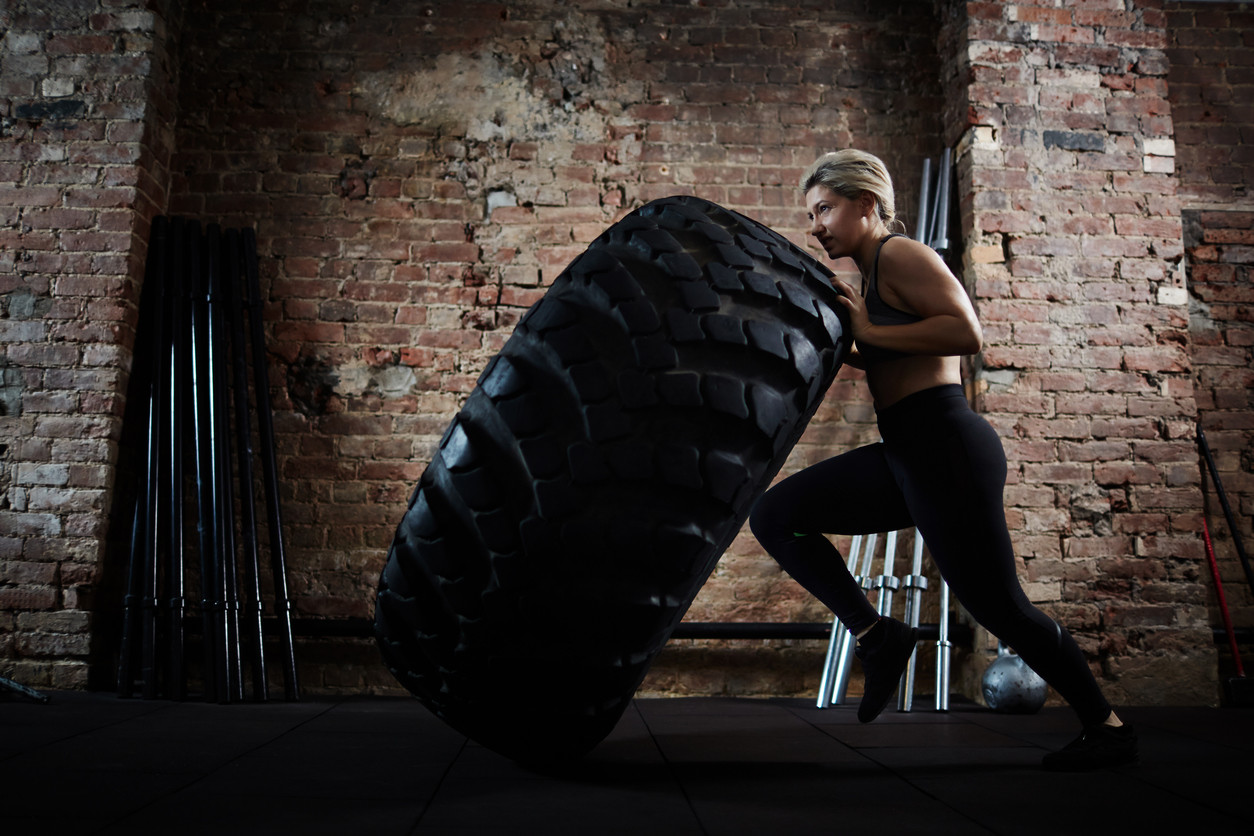 Losing fat , which is not the same as losing weight , is one of the most sought after objectives when it comes to starting physical activity. And knowing how we should train to achieve this goal is not always easy. For this reason today we are going to give you some tips on how your training should be if your goal is to lose fat (and lose the least amount of muscle mass possible).

Strength, the basis of our training

On occasion we have already talked about strength as that basic physical capacity from which, if we are able to increase it and improve it, we will be able to improve the rest of our physical capacities. Therefore, strength training should be the basis of our training if we want to lose fat.

In addition, we must not forget that the muscle takes up much less space than fat and that, in addition, to maintain our body must spend more calories than to maintain fat (to maintain fat we just need to lie on the couch and start eating as if there was not a tomorrow).

Some exercises that should not be missed in your training

Next, we are going to mention some of the exercises that should be present in your training. What you want is to lose fat. In addition, some of these exercises will allow you to increase considerably the general strength levels, so you will be adding an improvement in muscle tone to that fat loss.

Squats are one of the great exercises of all time . Focused to work mainly on our lower train, the squats will not only allow us to gain strength and muscle mass in our legs , but they are also an excellent exercise to increase our pulsations and, therefore, we can incorporate it into a HIIT routine to maximize the burn of fats.

In addition, another benefit of the squats is that they will also make the whole muscle of our core become involved in the movement , so that our central section will be strengthened and with it we will reduce the risk of injuries and back problems.

This exercise, whose origin is found in military training , will allow us to work practically all the muscles of our body , since it will involve almost all muscle groups:

A demanding exercise and that we should start doing little by little , but due to the great muscular involvement , it presents some benefits in terms of general strength increase, incredible. And to realize them, we can even begin performing them lying on the ground (no, we are not crazy):

Compound movements are another type of exercises usually composed of two different exercises, sometimes they can even be three, but we do it in a chained way. An example of this could be, for example, the realization with the same bar of a deadweight along with a rowing bar or a squat with a frontal bar along with a military press .

As with multi-joint exercises such as squats, chin-ups or burpees, compound movements recruit several muscle groups and, therefore, we need more energy to perform them, so the caloric expenditure increases considerably if, for example, , instead of performing a bicep curl we performed a bicep curl followed by a supine grip military press.

Get more out of cardio: HIIT workouts

This type of training , as you know, is characterized by being short-term training(we will not need to spend 40 or 50 minutes sessions running on a treadmill) but very high intensity , which will generate later after finishing training the so-called EPOC effect (which is the post-exercise oxygen burning and the one responsible for continuing to burn calories hours after finishing the training).

In addition, another advantage of this type of training is that they tend to be very dynamic, so we avoid the boredom component that can be generated by running on a tape as if we were a hamster. Some of the exercises that we can incorporate to make a good HIIT training session are: movement of the climber, burpees, plyometric squats, push-ups, strides of the skater or knee lifts .

It is the most known and popular HIIT method . It is characterized by training sessions of approximately four minutes in which we find periods of effort of 20 seconds in which the goal is to work around 170% of our VO2Max. These 20 seconds of work are followed by ten scant seconds of recovery. At the end of the four minutes, we will undoubtedly be totally exhausted.

Designed by Dr. Martin Gibala, this protocol of high intensity training is characterized because it is performed during a certain number of rounds in which the period of effort or work will be 30 seconds in which we will have to give 100% of our capabilities . Later, we will have an active rest of four minutes in which we can walk or perform gentle stretching. This will count as a round.

Created in 2010 when doctors Little and Gibala conducted a study (it is true that with a population sample of only seven men) in which they used a training protocol based on 60-second sprint series at 95-100% of VO2Max alternated with active breaks of 75 seconds duration.

How should our routine be?

If the goal to achieve is to get rid of that fat that we have left , the best results could be achieved by alternating a full body routine (in which we would include certain exercises in strength ranges, that is between one and six repetitions, and we would exercise the whole body ) and high intensity workouts .

Introducing a pair of multi-joint exercises (squat, bench press, deadlift, barbell row or military press) into the full body routine in strength ranges followed by the rest of the routine, would be a very good option. So, an example of structuring this type of routine, assuming that we train four days a week (and rest three), could be the following:

When we go acquiring physical form, we can introduce a second training of high intensity in the week, but always trying to leave two or three days of difference between each HIIT training for the body to recover properly.

And yet the most important thing will be the diet

In spite of everything that we have exposed in the post, however much you train giving 100% and resting well, the results will never arrive if you do not have an adequate and balanced diet , for which you should visit a professional nutritionist( much eye with the typical vendors and vendors of “miracle shake” that the only miracle they will do is empty your wallet).

If we want to lose fat we should opt for a hypocaloric diet , but with nuances: if our caloric needs are, for example, 2000 Kcals, we can not make a hypocaloric diet of 1000, because we would be subjecting our body to a drastic reduction in calories . The general recommendations when we talk about calorie reduction , is that this reduction should be, at most, 20% of the total calories we eat . In this example we would be talking about a reduction of 400 calories maximum .

Obviously, the first elements that we should eliminate from our diet are all ultra-processed, fried, battered, soft drinks, sugars … and replace them with real food such as fruit, vegetables, healthy sources of protein, etc …