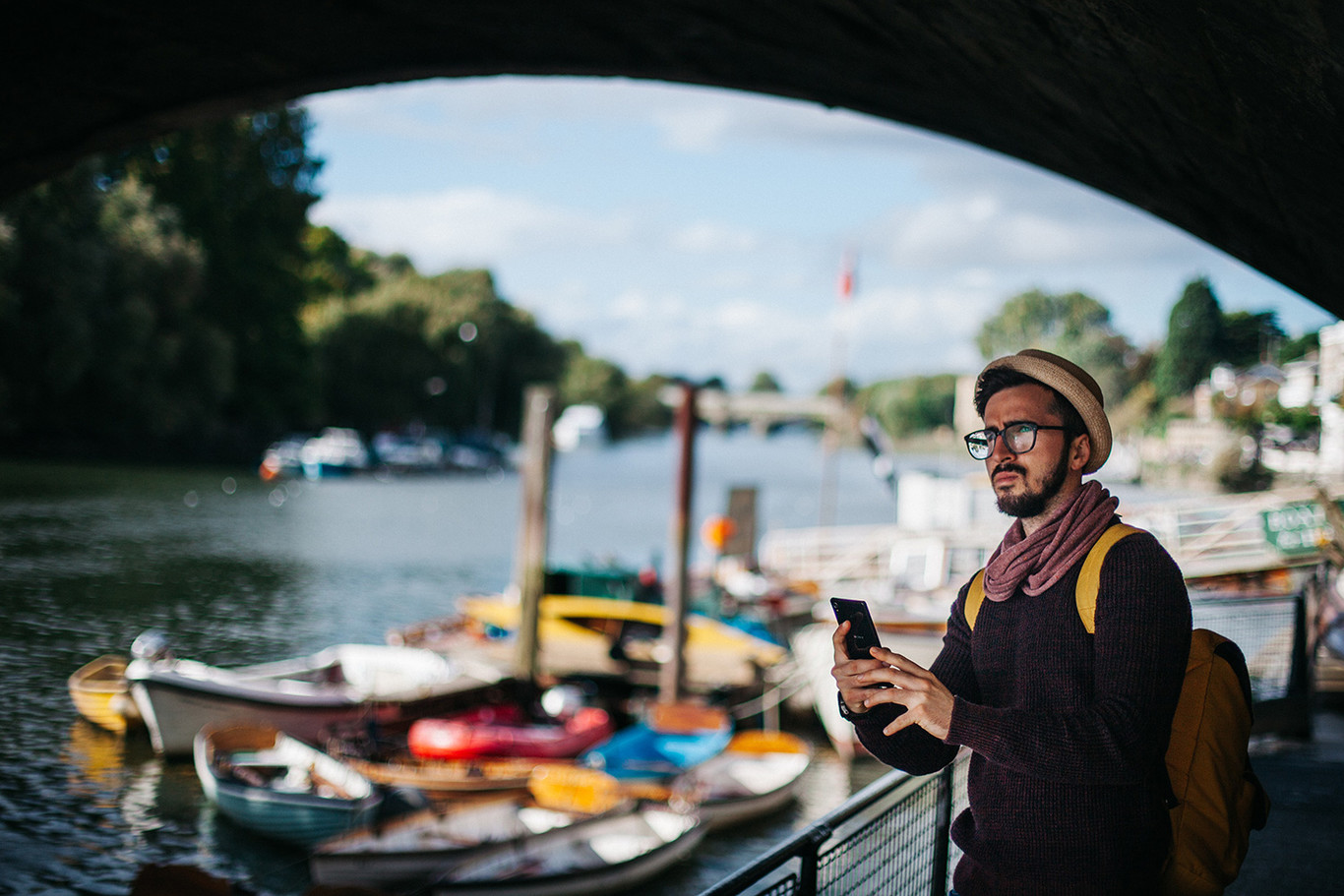 That speaking several languages is, for a long time, one of the requirements to access a good job in most sectors is a reality that, fortunately, many of us are aware. An aspect of our training that we can approach in different and varied ways.

So, to the traditional classes, conversational meetings, educational websites and even the bots to learn other languages ​​beyond what you already know, you must add mobile apps. Some tools that allow you to put your batteries in a simple and comfortable way. This is our selection.

Although we have already told you about Duolingo on previous occasions, we can not stop including it in this selection, because it is one of the most complete apps to learn several languages ​​-English, French, German, Italian, Portuguese, Guarani and Catalan. A utility that, in addition to the web, is available for iOS , Android , Windows Phone and Windows 10 Mobile devices. It even has its own conversational bot, launched a few weeks ago.

The approach is simple: acquire knowledge anywhere, anytime, during commuting to work and the like. A goal for which he puts at our disposal different lessons in which different aspects such as reading, writing and listening are practiced. It includes a system of lives and a motivational system, as well as another that evaluates you on the fly, with instant corrections.

With a similar approach we came across Busuu , a complete tool designed for you to learn languages ​​in your free time “while waiting for a friend, even in the subway, without internet”. Indeed, because this app compatible with Android and iOS gives us the ability to download all classes and continue studying without reducing your data rate.

Its structure is simple, because the content is organized by short lesson coursesand allows other native users to correct your exercises, one of its most noteworthy points and that transform it into a kind of community in which it is possible to share interests that go beyond beyond learning itself. In addition to its mobile versions, it also has an entire online platform where we can test it. It is possible to do it in English, Spanish, Italian, French, Portuguese, Turkish, Arabic, Polish, German, Russian, Japanese and Chinese.

However, the free version is somewhat limited with respect to the Premium, which offers a travel courses, the aforementioned offline mode in the apps, official tests and certificates , grammar and vocabulary exercises and the possibility of changing the language. It costs 5.41 euros.

Babbel is not far behind , an application that is available both online and for Apple’s signature devices and Android. The first thing you will have to do is select the language you want to learn: English, German, Spanish, Italian, French, Portuguese, Swedish, Turkish, Dutch, Polish, Indonesian, Norwegian, Danish or Russian. As you can see, a wide selection and a feature that is worth highlighting.

Another of its strengths is that the exercises are interactive and that is detecting our shortcomings and improvements, adapting accordingly. It also allows us to speak from the first lesson, something that is appreciated and that is possible thanks to a voice recognition tool that also helps you improve pronunciation.

As for Voxy and although it shares some characteristics with the previous ones, it is worth mentioning that it is a program more focused on the preparation of official certifications such as the TOEFL. It allows you to access private classes with native tutors, to personalized tests whose difficulty increases progressively, et cetera.

It comes with statistics of your progress, live classes and other resources for self-learning that include videos, examples in real (and credible) situations, musical lessons in the Karaoke style, current news, and so on. You will find it in both Android and iOS. You can try it for free for a week on the web, where you will also find plans for companies and academic institutions.

Wlingua , meanwhile, is a great help both for those who need to begin to familiarize themselves with English and for those who need to improve. To give you an idea, it has four official difficulty levels (A1, A2, B1 and B2) and up to 600 different lessons. Includes locutions in British English and American English so you can opt for the one that interests you the most depending on your needs.

The exercises of vocabulary and phrases , of grammar; the spaced rehearsals, the phrasal verbs and so on, also have a place. Now, the free version has some limitations, while the Premium gives you access to all the contents and activities. You can try the payment for a week at no cost. It works on Android and iOS .

ATi Studios is a company specialized in developing iOS and Android apps that serve to learn languages. There is a specific application for each language , although the design and the system of the courses are very similar to each other.

Currently, there are more than 20 languages ​​available and the courses are totally free, although it must be made clear that they are only designed to acquire a basic level in each language. Here you can find the applications available for Androidand for iOS .

I could not miss in this ranking Memrise , an app that you can get both in Google Play and in the App Store that also comes with a very useful offline mode to continue learning without spending data of your rate. In addition, it allows you to acquire knowledge of up to 200 different languages , perhaps its best virtue.

In any case, it includes additional features such as a service for teachers that allows them to create materials and manage their groups of students in a more agile way, and adapts to your performance on the fly. Another possibility that offers us is to compete with our friends.

Also for those who want to improve their English, Model English is a simple Android app that puts at our disposal both traditional and other more innovative resources. For you to make a composition of place, it includes a wide range of words and vocabulary , with spoken lessons, grammar exercises, and so on; but also with games that will earn points.

These are the ones that will allow you to go up and access other levels and lessons, although you can also choose to buy them. It is focused for both children and adults and has a total of 50 lessons. Its latest update is from this Monday.

Available for both Android and iOS devices, HiNative is an app whose operation is somewhat different and curious: the idea is to practice the target language of your learning by talking with native speakers and asking them. However, it also includes quick phrases, pre-set questions and templates, example sentences, an integrated dictionary, and so on. It works with 120 different languages.

Another of our favorites is the app to learn languages ​​of Rosetta Stone , a popular method that has its own versions for mobile devices. The idea is that we learn the new language as if it were our mother tongue. A very complicated goal, of course. To achieve this, it tries to develop different skills and avoid translation and memorization .

An alternative way of learning in up to 24 different languages, including English, Japanese, German, Spanish, Chinese, Italian and others. It comes with conversation practices, lessons based on real situations , speech recognition technology and so on.

Surely you remember Head and shoulders, knees and toes , a popular melody that practically all of us have sung when we were children learning English. The song came with a particular choreography that consisted in pointing out the parts of the body that were mentioned. Well, Learning Languages ​​Children is an app that has evoked us immediately.

Yes, because it focuses on learning vocabulary through drawing. Some words organized in different sections (body parts, colors, food, animals, school, letters, numbers). Something very basic but very suitable for the little ones of the house or those who start in the following languages: English, German, Spanish, French, Portuguese and Italian. Yes, it is only compatible with Android devices .

Like some of those included in this list, Beelingo is also designed for those who want to reinforce English or even learn it from scratch. A complete app that offers different resources including dictionaries, grammar lessons, exercises, vocabulary, and less conventional ones such as games and audiobooks (2,600).

One of its great advantages is that the latter can be downloaded. In addition, the selection is varied, since we find from stories to novels biographies, poetry to science fiction stories. As for the dictionary, it exceeds 172 thousand words and has integrated examples in which the word is shown in a sentence. More classic but totally recommendable. It is also compatible with Android and iOS.

The British Council, to finish, also has its own applications. A total of sixteen tools, some of which we have decided to include to complete our article and which are more specific but not less useful. Before entering into major vicissitudes, it is worth mentioning that they focus on learning English. But let’s go with the most relevant ones:

Learning Time with Timmy 3 : the third version of this app has added new videos. A content that aims to motivate the little ones. It also comes with new words and vocabulary, as well as memory exercises. It is compatible with Androidand iOS and Kindle .

Emoji Shakespeare : for lovers of the genius of letters, focuses on completing fragments of the most famous poems of Shakespeare. It’s only available on iOS , though.

LearnEnglish Audio and Video : for iOS and Android , this app allows us to play real conversations both in video and audio. Each content has its script and comprehension exercises.

LearnEnglish Kids : Playtime: only for iOS and as its name suggests, it is an app focused on children, like the first of these BC apps. It includes animated songs, stories, games and similar to reinforce the language.

IELTS Word Power : is focused on the practice of exams and has 100 questions organized into 11 different categories. The best thing is that they are very varied and cover a multiplicity of areas. Only compatible with Android devices .

Johnny Grammar’s Word Challenge : is designed to answer the maximum number of questions in just one minute. Now, it includes issues of all levels. You will find it in the Play Store and the App Store .

Sounds Right : if you do not clarify too much with pronunciation, this tool is an interactive pronunciation graphic and offers phoneme reproduction and sample words. It is only compatible with apple signature devices.