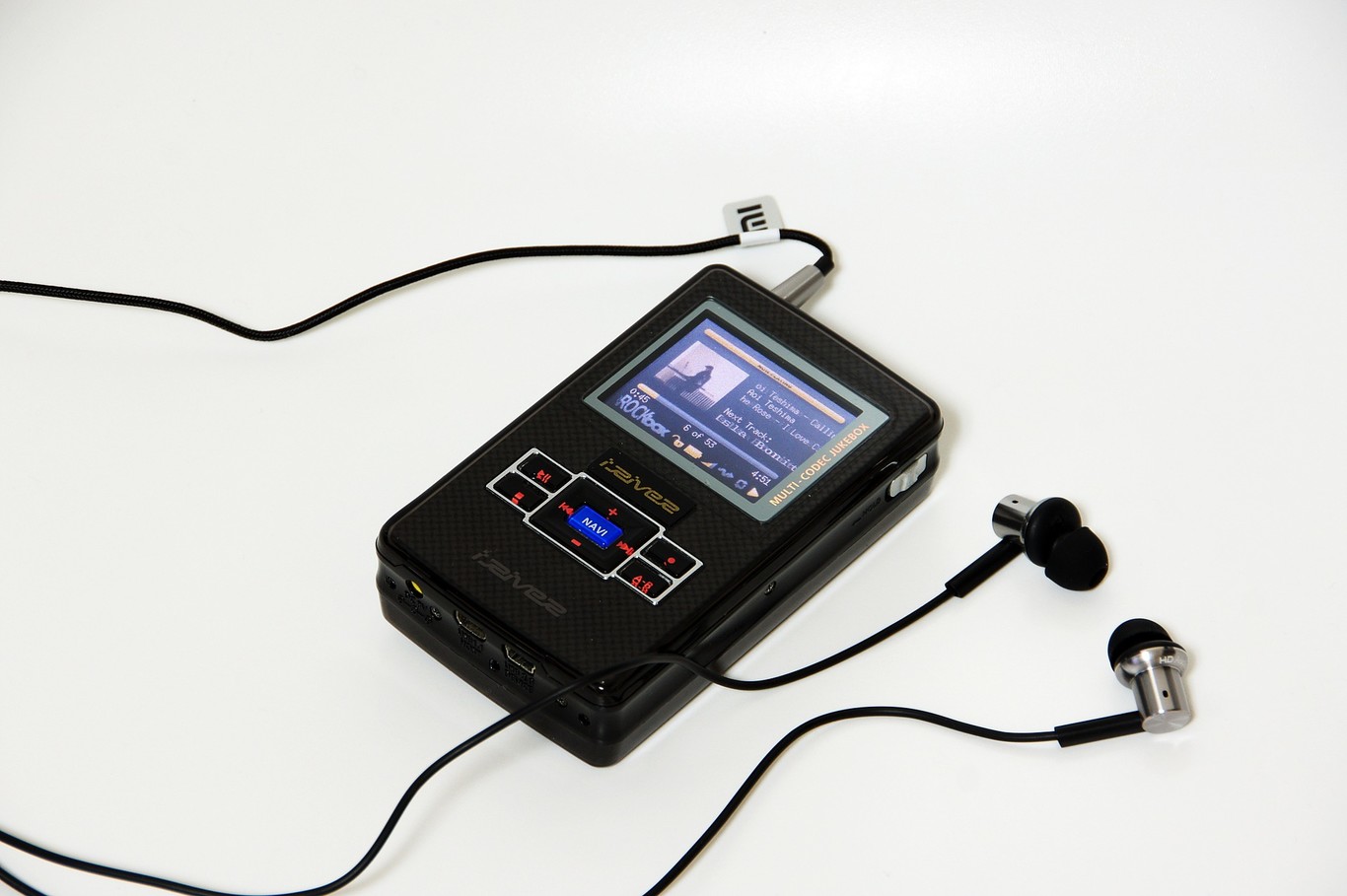 The format that changed the way we listen to music for users and music lovers from all over the world was born 24 years ago. We are referring to the MP3, “guilty” of the arrival of the “Napster era”, of users starting to share music in digital formats and, ultimately, of the advent of streaming platforms.

Recently it was certified goodbye to the patents of the MP3, which will no longer be a proprietary format. Apparently, the German foundation that owns the patent and the licenses of the format are going to add them completely, which has led us to want to review the history of the format.

The foundation in question is the Fraunhofer Institute for Integrated Circuits , which said the following in a press release …

On April 23, 2017, the Technicolor mp3 licensing program for certain Technicolor and Fraunhofer IIS patents and software related to the mp3 has expired

And although users will continue using MP3 files (more now that it is totally free), and the movement is symbolic to make way for higher formats, this format has been the introduction of several generations of users in the new concept of portable music or how listen to music on a computer.

History of the MP3

The German Karlheinz Brandenburg can be considered the “father” of the MP3 , although he feels uncomfortable with that denomination. Brandenburg was part of the group that gave the file its name, the Moving Pictures Experts Group (MPEG). This group lent its name to the process of digital coding whereby audio and video are compressed into small files that are easy to transfer.

That process (called MPEG Audio Layer III) and the resulting file (the MP3) is everywhere today, but its development was not easy. In addition, before reaching the MP3, audio media such as DCC tapes had already played with other sound treatment processes. These tapes, in particular, compressed the audio using MPEG Audio Layer I (MP1).

The history of the MP3 starts in 1982 according to NPR , the year in which Brandenburg begins to participate in the process of creating the process and the archive. In that year, his tutor of the doctoral thesis he was developing wanted to patent a process of transferring data that, at that time, was impossible, so he asked for help.

What was intended to be patented was a way to make the telephone lines could be used to transmit music , something that the German Patent Office considered could not be done. It would not be until 1986 that some progress would be achieved, when in the University of Ilmenau (where today Brandenburg exercises as a teacher) they got better computers and better possibilities to experiment with music in them.

And even so, it took a while before the process was perfected. In the early stages of coding, a signal could be filtered in sound layers, which could then be saved or discarded depending on their relative meaning. This system was, in Brandenburg’s words, “very structured and inflexible”. For this, a new one was proposed that took advantage of the limitations of the human ear.

The system grows and matures

In 1988 the same year, an international team was convened by the International Organization for Standardization (ISO). The organization is looking for audio coding standards . The team was called Moving Picture Experts Group (we’ve talked about them before), and they were tasked with finding him.

In that same year the first tests of the new system were made. Through several tests they thought they had hit the target, until they tried it with Tom’s Diner by Suzanne Vega . According to Brandenburg everything sounded relatively good, but the voice of the artist “was totally destroyed”. In the words of Brandenburg:

In 1988, when I thought “OK, this is almost perfect, we almost have it”, I heard this song, the a cappella version of Tom’s Diner by Suzanne Vega. The CD is called Solitude Standing. The way it is recorded (with Suzanne Vega in the middle and a little environment and no other instrument) was the worst scenario for the system we could have in 1988.

These were years of collaboration between different institutions. Brandenburg worked with Jim Johnston of AT & T on different psychoacoustic and data coding models, trying to fix the compression system to save the voice of Suzanne Vega. Finally, they managed to keep the voice from being destroyed in the compression process, although there was still something else to do to make it sound “like on the CD”.

The MP3 has arrived

1992 was the year in which ISO included MP3 as a way to encode audio. However, it was not until 1993 that the MP3 had a “formal” birth with the arrival of the MPEG-1 Audio Layer III, with sample rates of 32, 44.1 and 48 kHz. The system was there, and it worked. There was a problem: where were the users? Brandenburg tells us again:

We had to look for different ways to market our technology. We had companies like Telos Systems in Cleveland, which were the first to use MPEG Audio Layer III to send sound from ISDN lines to a recording location in a radio studio. Somehow we followed the original idea of ​​sending music through telephone lines.

In 1994 we had a few internal strategy meetings in Erlangen, and we discussed what to do and someone said: “we have an opportunity for MPEG Layer III to become the Internet audio standard”, but I do not think we had any idea what that meant.

Between 1994 and 1995, the professor and his colleagues identified the Internet as a large area of ​​application. They needed a type of file extension, so on July 14, 1995 the files *.mp3finally received their name . In that time Internet, indeed, became the home of the MP3 and the source of what the Fraunhofer Institute for Integrated Circuits hoped would be a business model that would work.

It would work in the following way : Coding tools would be expensive, and would be used by large companies. On the other hand the decoding, which would serve to reproduce the files, would be very cheap. One of the first programs to play MP3 files that got wide distribution, according to Brandenurg, was nothing more and nothing less than Winamp.

Speaking of Winamp, if Nullsoft (the company that started to develop it) was never legally persecuted by the MPEG due to patent issues, it was because, as a measure taken as a principle, the agency never perseveled creators of freeware . However, Nullsoft eventually paid an amount for using the MPEG patent.

By 1997, the MPEG encoding system was already running free on the Internet . The imagination of the users about its possibilities was bubbling, and before the second birthday of the format its technology had already been “hijacked” and had been adapted for a very, very broad user base.

Apparently, an Australian student bought the coding software on a German website with a stolen credit card number from Taiwan. Then, he packed it and uploaded it to the FTP server of a US university. The package that contained it had a readme file where you could read “this Freeware is courtesy of Fraunhofer”. To this day, you do not know the identity of this person, he never found it.

Here we can situate the beginning of the war between the music industry and the MP3 , as well as the different disputes over intellectual property, copyright, private copies and free distribution of ideas and projects. Of course, for the music industry it was a nightmare, although for a while now cassettes and vinyl recordsare helping to recover sales in physical formats.

The advent of Napster and P2P

Napster was invented in 1999, and in its early days allowed to transfer files from one user’s hard drive to another no matter where they were each. The world of music would never be the same again, with very sound demands in between and with a situation that it had never faced. Another group was convened between 1999 and 2000 to define “safe and legal methods” for distributing music over the Internet, according to Brandenburg:

My advice was that they had to look for a technical standard to achieve interoperability for all these services and MP3 players, and so on. And that has not changed. Clearly: if we do not achieve interoperability for a secure format, then the only one that will survive will be the only one that does not have protection against copying, and that is what happened at the end.

However, as we all know, the death of Napster did not end with the distribution of MP3 files on the Internet. Others like AudioGalaxy or Soulseek would arrive to take their place, and for a long time the MP3 was the symbol of all human evil concentrated in an audio format for the RIAA and similar organizations.

In the late 90s of the last century, the MP3 was “technically the best system” of audio compression according to Brandenburg, and at the same time was accessible to everyone. From here on it would become the technical standard that we know today, which can be reproduced in almost all the devices that serve to listen to music. What’s more, if it were not for the MP3 there would be no Spotify, nor any other music streaming service.

What other formats besides the MP3 exist?

As our colleague Javi Pastor pointed out in this article, MP3 has known alternatives, but the format does not lose strength . And of course, it has been the most popular “lossy” format (with loss of data in coding) in history, but technically and objectively speaking it has not been the best.

There are other formats against which the MP3 falls short. As published in Fossbytes, one of them could be the AAC family of formats , which does not require the payment of licenses to stream or distribute content in that format. This format has become very popular, and is used by Apple’s devices and services, but it is also widely used by Google on its Android platform and YouTube.

Another interesting alternative is the free format OGG Vorbis, which offers more advantages in terms of patents or royalties: all its specifications are in the public domain, bookstores are published through a BSD license, while the tools to encode and decode files in This format is LGPL licensed.

However, this format is not as widespread as AAC, although today its relevance is beyond doubt: it is widely used in Spotify, the largest music streaming service currently.

For those who prefer to listen to their music without loss of data there are formats such as FLAC or Monkey’s Audio (APE), although its use is as widespread as that of others. However, to listen to any song in digital format with the highest quality (and for the most audiophiles) are the perfect choice.