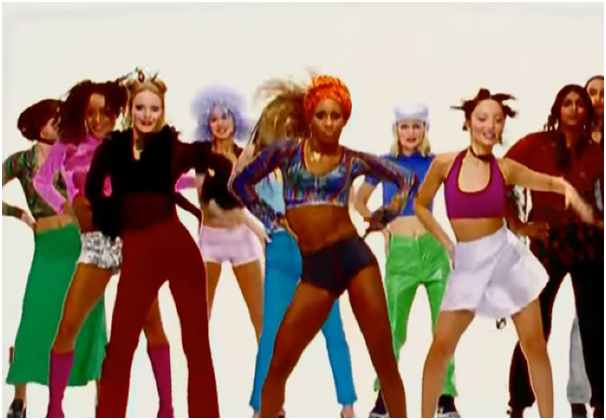 The beloved wedding disco is the perfect time for seeing members of your family unleash their dance moves on unsuspecting bystanders. Whether it’s a spot of Dad dancing or the kids displaying the latest dance craze – you can’t beat a good old knees-up. Each year, there seems to be a new dance phenomenon that takes dance floors by storm, taking over from the old favourites like YMCA and even the Macarena is looking a bit dated now. Here are a few of the fads that shone brightly but thankfully only for a short time!

Shuffling – This has been around since the 1980s but the explosion of electronic dance music in the new millennium saw it enjoy a resurgence in popularity. It can be described as a version of the ever-popular running man move, but only if you can carry it off. When a group of people do it together, it’s enough to send everyone else running from the dance floor!

Macarena – This was huge in the 1990s and yet still it lingers! The series of moves are followed with an almost robot-like repetitiveness, but the kids love it and the ladies love it, so who are we to judge? Los Del Rio could never have predicted just what a massive global hit this tune would become. For a Wedding DJ Gloucestershire service, visit https://www.southwestdiscosdirect.com/wedding-dj-gloucestershire/

Voguing – Madonna’s hit was massive in the 1990s, with the voguing style becoming popular amongst the gay community and club-goers. The attempt was to create a throwback to the iconic fashion magazines of the past, with the dancers striking model-like poses to the music. It’s a safe bet that when this track gets played at wedding discos around the world, everyone is still tempted to ‘strike a pose’.

Cha Cha Slide – There is no excuse to not get involved in this dance track as the instructions are provided as you go. Whether DJ Casper knew his tune would become a dancefloor anthem at wedding receptions and kid’s parties across the globe, no-one knows. No matter where this dance is performed, or how many alcoholic beverages have been consumed – someone always goes the wrong way and bumps into everyone else! It’s along the same lines as the ‘Superman’ song of the 80s (if you’re old enough to remember that one) although far more complicated. It’s remains a floor filler nonetheless.

Gangnam Style – This one really did take the world by storm and transcended all boundaries of age, culture, ability, gender and decorum!

It’s incredible how riding a pretend horse and twirling a lasso could become so popular but the song was catchy and Psy’s dance move caught on quicker than wildfire. It was the first YouTube video to ever receive 1 billion views! Hard to believe but the song is in fact a love song and even inspired former U.S President Barack Obama to get jiggy with it!