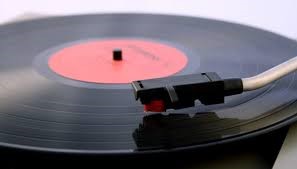 When I was looking to put worthwhile things on my UCAS form and CV I decided to follow a dream. As a kid I had made “joke” radio shows pretending to be a DJ with my own show. The most natural step was to go into the radio industry but in my true lazy style I hadn’t bothered. The best way to break into the industry I was told was to work on hospital radio and through pure chance fluke I was introduced to some people that did it following some work experience at the local council. I was interviewed by the Controller and Chairman (who my Mum and Dad knew, it’s not what you know it’s who you know in this industry mate!) and I was in. Radio Atlanta as it was called; it was never explained to me why because the local hospital had no links to the North American capital of Georgia  that I could see but with the station ran with all the grace and humour of the Politburo there was no place for me to argue.

Taken into the studio I was confronted with the tools of my new found trade. 2 CD players , 2 tape decks and 4 Record players and sound desk for controlling the mic and the volume levels. Impressive indeed; enough to keep a whole show going without needing a break to speak, if you got it right. Then they showed me the Cupboard. This was a unit chock full of vinyl similar to the Vinyl Records at https://www.vinylrecords.co.uk/. There were over a thousand discs in there all in alphabetical order and woe betide you if you put one back in the wrong place or else Steve, the slight unhinged records manager and son of the programme controller would reduce you to cringing embarrassment as he took you apart with his withering sarcasm and the monthly meeting.

I soon learned that I was not going to be able to bring in my own records and play them. It was pointed out to me very strongly that the audience’s average age was about 70 and as this was the late 1980’s that meant it was easy listening, the 1920’s and 30’s and sing along a war years all the way. When I was told that the most requested song was the hymn  “The Old Rugged Cross” I knew I was doomed. This was to be a torturous time for an indie kid 18-year-old.

But it wasn’t. It actually increased my musical taste and knowledge. When my friends and I entered a pub contest they groaned when it was announced there would be a 30s, 40s, and 50’s round. How you older opposition smirked as they fully expected us to score null points. I still saviour the shock on their faces at our 8 out 10 to secure overall victory to this day.