Unfortunately, there are literally hundreds of diseases and pests that can cause potential harm to the wide range of tree species in the UK. The government has a register for recording and rating risk to trees and plants from pests and diseases. Worried about the health of trees in your garden? Contact a Tree Surgeon Chelmsford way for help and advice.

The more serious threats come from pests and disease are those:

That are most likely to enter the UK

That have already arrived as their spread is being closely monitored

Those that have the potential to cause the most harm and impact on our woodland, ecology and commercial forestry.

This beetle is originally from China and the Koreas but with warming temperatures, could quite possibly settle comfortably in the south of England. It is a large beetle, around 20-40mm in length and black with white markings.

The beetle was first spotted in 2012 in woodland near Maidstone, Kent. The population was breeding and had likely been brought here on wood packaging surrounding imported slate from China.

It causes holes in the main trunk of around 1cm diameter, with piles of droppings that look a bit like sawdust found at the bottom of the tree. 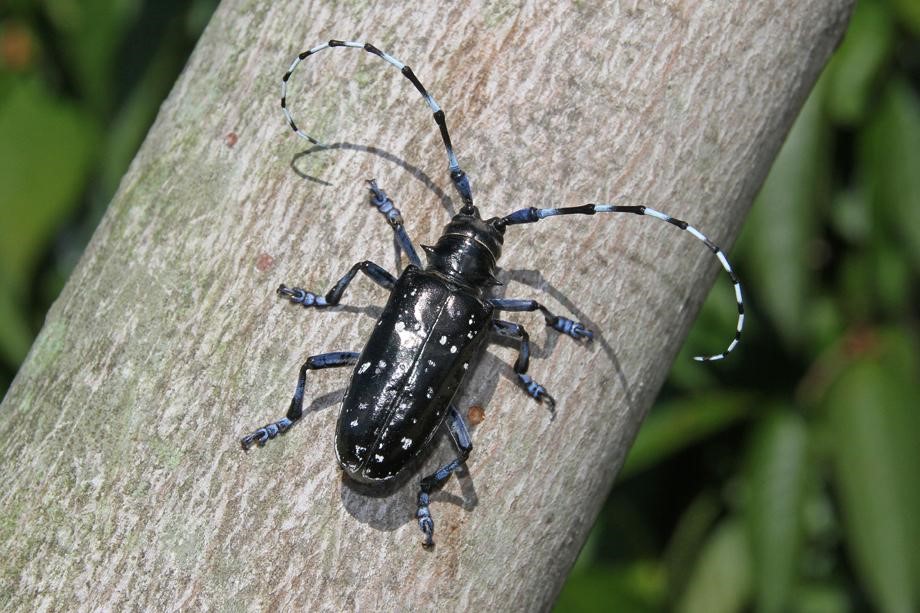 A native to China, this is a species of gall wasp that causes growth irregularities, otherwise known as galls, to appear on sweet chestnut trees. It has no effect on horse chestnut trees.

The galls are formed by the larvae of the wasp. These galls are a green or pink colour and around 20mm in diameter. They cause the leaves to deform or suffer distortion.

It was first seen in Kent in 2015 but has since migrated to several areas of London and the South East of the country.

This moth is a recent arrival to the UK and not a particularly welcome one. It gets its name from the unique behaviour of the caterpillars who move along in a nose-to-tail procession line.

The caterpillars feed on oak leaves which leads to great foliage loss for oak trees. This in turn makes them weaker and more susceptible to disease. The caterpillar’s hairs can also cause a severe allergic reaction in humans.

The insect is a native to central and southern Europe and most likely arrived as eggs on young trees imported here for planting. 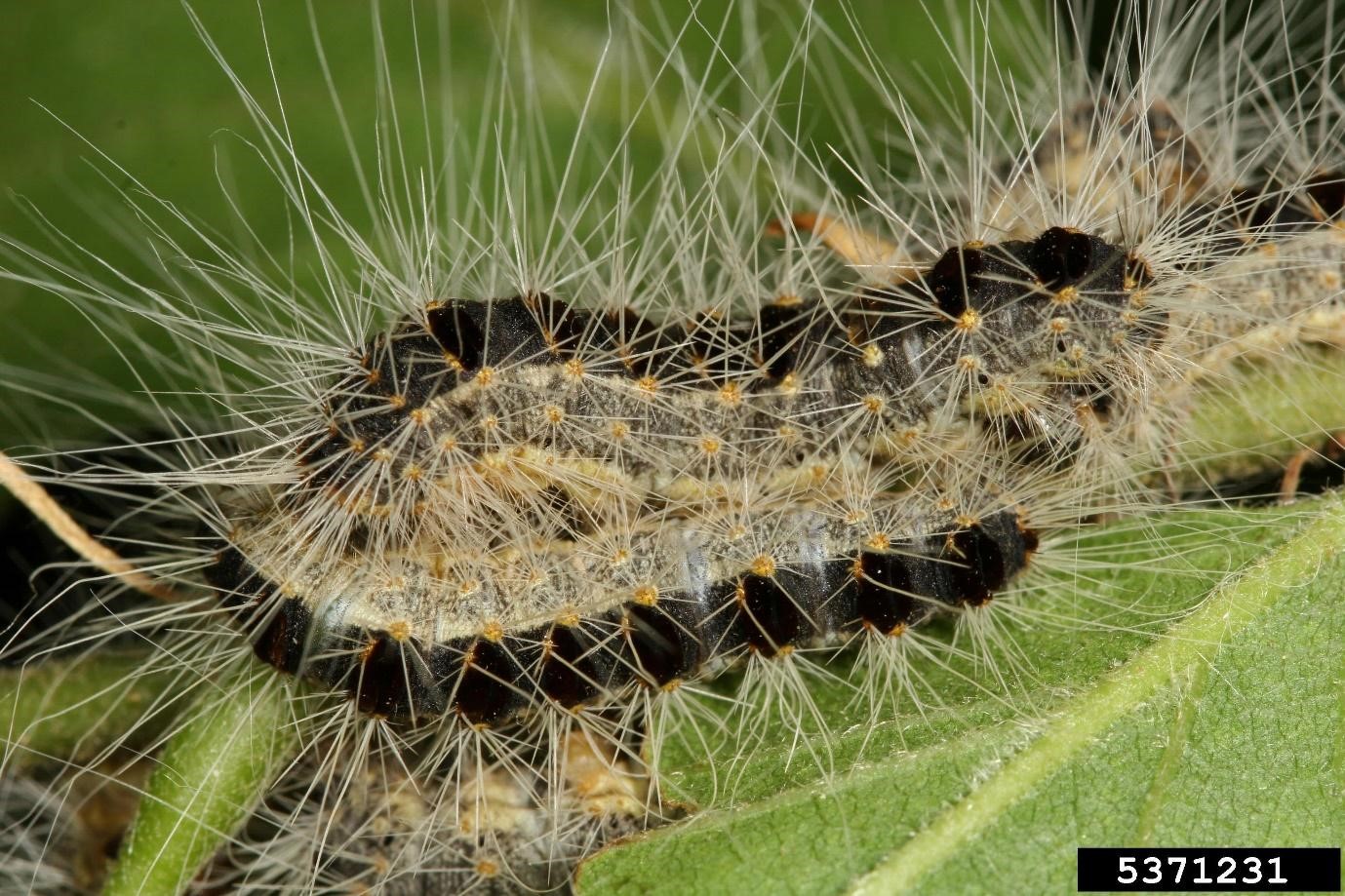 This beetle is not yet found in the UK but has been seen in Russia and North America, although a native of Asia. It is a small insect that bores into bark and causes irreversible damage to ash trees. After an infestation, trees die within 2 to 3 years.

As this insect poses a significant risk, signs to look out for include a yellowing or thinning of ash foliage. There might also be fissures in the bark measuring between 5-10cm. There could be heightened Woodpecker activity, as they strip bark to reach the beetles. There will also be present, D-shaped holes of approximately 3mm made by the adult beetles as they emerge.