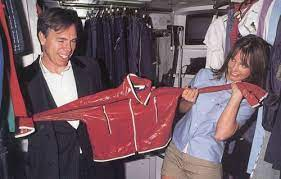 When she first started out the young fresh faced, school uniform wearing, ex Disney presenter and Mouseketeer Brittany Spears seemed like something new. Her first single, “Baby, one more time” had been launched to great acclaim and fanfare. It’s popularity had been greatly helped by an accompanying video of the super cute Brittany dancing around, with equally super cute girls all in a short pleated school uniform and grey knee highs socks. She even had pigtails. This is not usual behaviour in USA schools, they generally eschew the use of a uniform for a start but  it struck a chord as dancing school girls have a tendency to do. 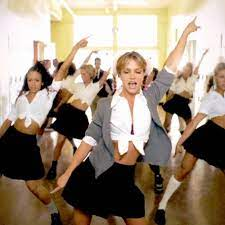 A tour was soon announced and one of its biggest supporters and providers of income to fuel it came from Tommy Hilfiger. Tommy Hilfiger was dead keen on the idea. In fact, he was so taken with Brittany he went as far as to say that she was the epitome of his Tommy jeans and seemed to embody them. He wasn’t even that bothered when a few racy pics of La Spears were published, especially as she’d pushed how “pure” she was beforehand.  He  stopped at suggesting that she was also responsible for driving Tommy Hilfiger Menswear. For that you’ll need to go to EJ Menswear.

The tour was a great success and the critics loved it. They applauded the edginess that  Spears had when she did covers, a contrast to the fluffy pink songs on the album. It was the start of a more mature Brittany Spears that would bring us hits like Toxic.