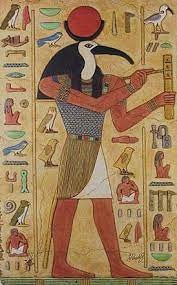 Art is not only beautiful but is also a fantastic way of connecting to the past and learning about ancient cultures. Animals in art are often a good way to get to know more about a culture and what they represent, and the beauty of the natural world has long inspired artists, not only in the past but also in the present, like this bronze animal sculpture by https://www.gillparker.com/

One of the most interesting and mysterious ancient cultures is that of the Egyptians. The pyramids that stand in the deserts are home to a whole host of fascinating artefacts, and one of the things that we learn from the ancient Egyptians are their relationships with the natural world. 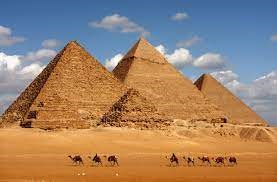 Hieroglyphs are the symbols that are used in their writing and many of them use animals to represent different things. Here are a few animals that you are likely to find depicted in the Egyptian writing…

Ibis – This was a deeply sacred bird and was strongly associated with knowledge and wisdom. As well as this, the Egyptian God Thoth was depicted as having a body of a man but the head of an ibis.

The Scarab Beetle – This is another creature that Egyptians highly revered. They believed that the beetle was responsible for pushing the sun up above the horizon every morning and many depictions of the Scarab Beetle can be found in Egyptian art.

Bees – As well as being important for the production of honey, the Ancient Egyptians often used pictures of the bee to adorn the temples. This is because it is also the symbol of an Egyptian King.