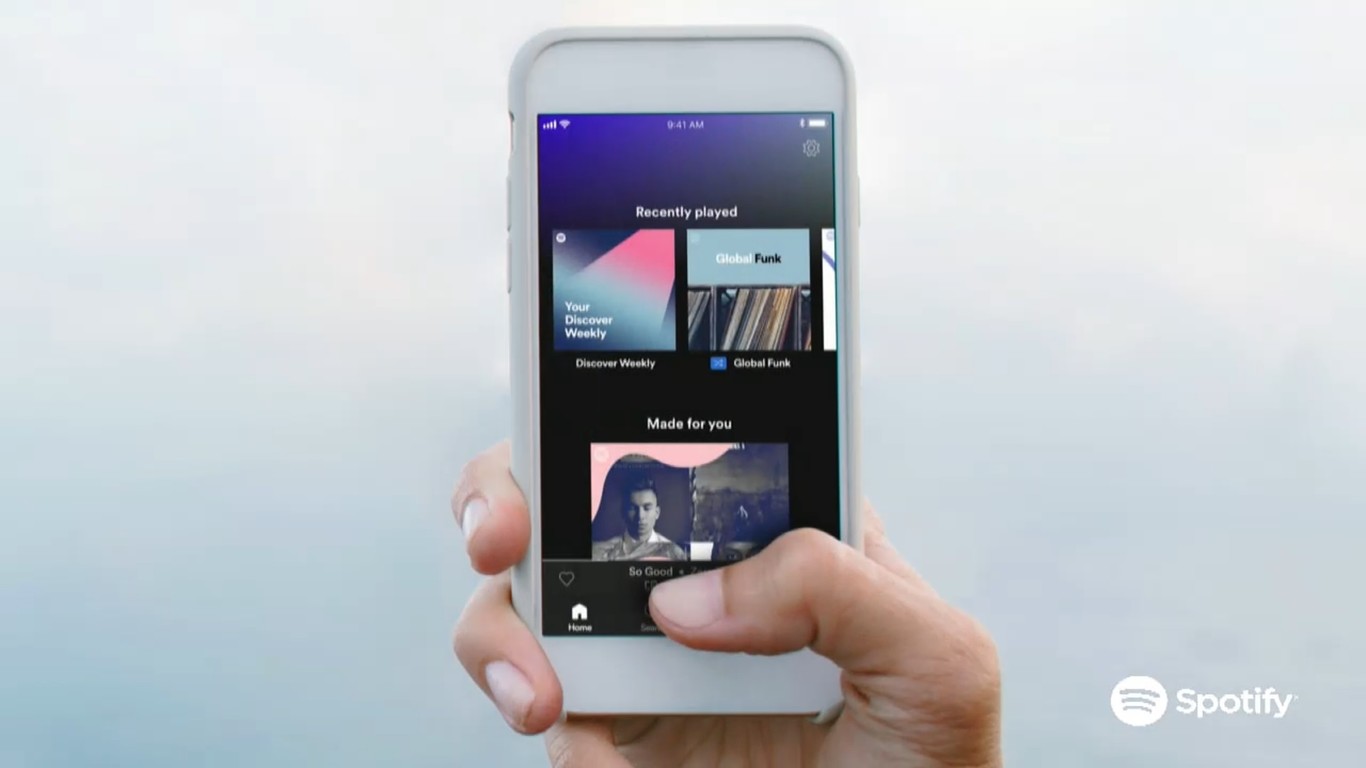 The rumors have been fulfilled and Spotify has just presented its new free mode for mobile devices. He has done this on Tuesday at an event for the press held at the Gramercy Theater in New York. The novelties for the users of the free modality are music on demand, automated musical discovery and a mode of saving data.

With the new version of Spotify Free, users will be able to listen on demand to any song they want, as many times as they want , as if they were Spotify Premium users. However, these new capabilities will be offered partially as anticipated.

The limitation is that those songs should appear on one of the fifteenunique personalized lists for each user that they have just presented. Listings based on your musical tastes, which may include Spotify playlists , both discovery and musical styles, for example.

The changes will begin to arrive in the coming weeks to the iOS and Android applications of the 90 million free users Spotify has around the world.

Spotify, beyond being a music platform in which listening to what you want, is also a form of musical discovery . That’s why the radio mode disappears and this type of automatic playlists come into play. Recommendations that will be made on the fly, based on the tastes of the listeners.

We speak, in total and taking into account the fifteen lists mentioned, of about 750 songs, about 40 hours of music . Spotify mobile applications will ask users about their favorite artists to accelerate that customization, instead of waiting to learn from the music they are looking for, and with that data they will compose the lists that will be renewed each day offering total control.

Following with the lists, key to create an environment according to Spotify, its creation has been improved . You just have to give it a name, search for the desired songs, select them and add them. As they are saved, the application will suggest songs that you might also like to include.

In addition, with the new design of the applications , those recommendations will appear on the homepage along with the rest of the proposals, both the daily lists as well as the weekly discovery and the news radar. The intention is that whenever there is access to the service from the mobile there is something new to discover. In this main screen will be where those fifteen personalized playlists are also found .

The new design is also confirmed

The platform has also spoken at the event about what it has called assisted reproduction lists. A new system of recommendations that

Those responsible for Spotify have also presented a data saving mode that reduces consumption up to 75% , as they have claimed. This new feature aims to ease the consumption of mobile music by free users, who are not allowed to listen to music without connection, and will be activated simply by a switch.

However, at the moment it is unknown how exactly it will work. They have explained that the streaming be optimized depending on whether 3G or 4G is used, including sound quality naturally, but without elaborating.

The intention of all these changes, as already said, is that users use even more Spotify and end up deciding to pay for a subscription. “The more you listen, the more you will pay,” they have summarized.