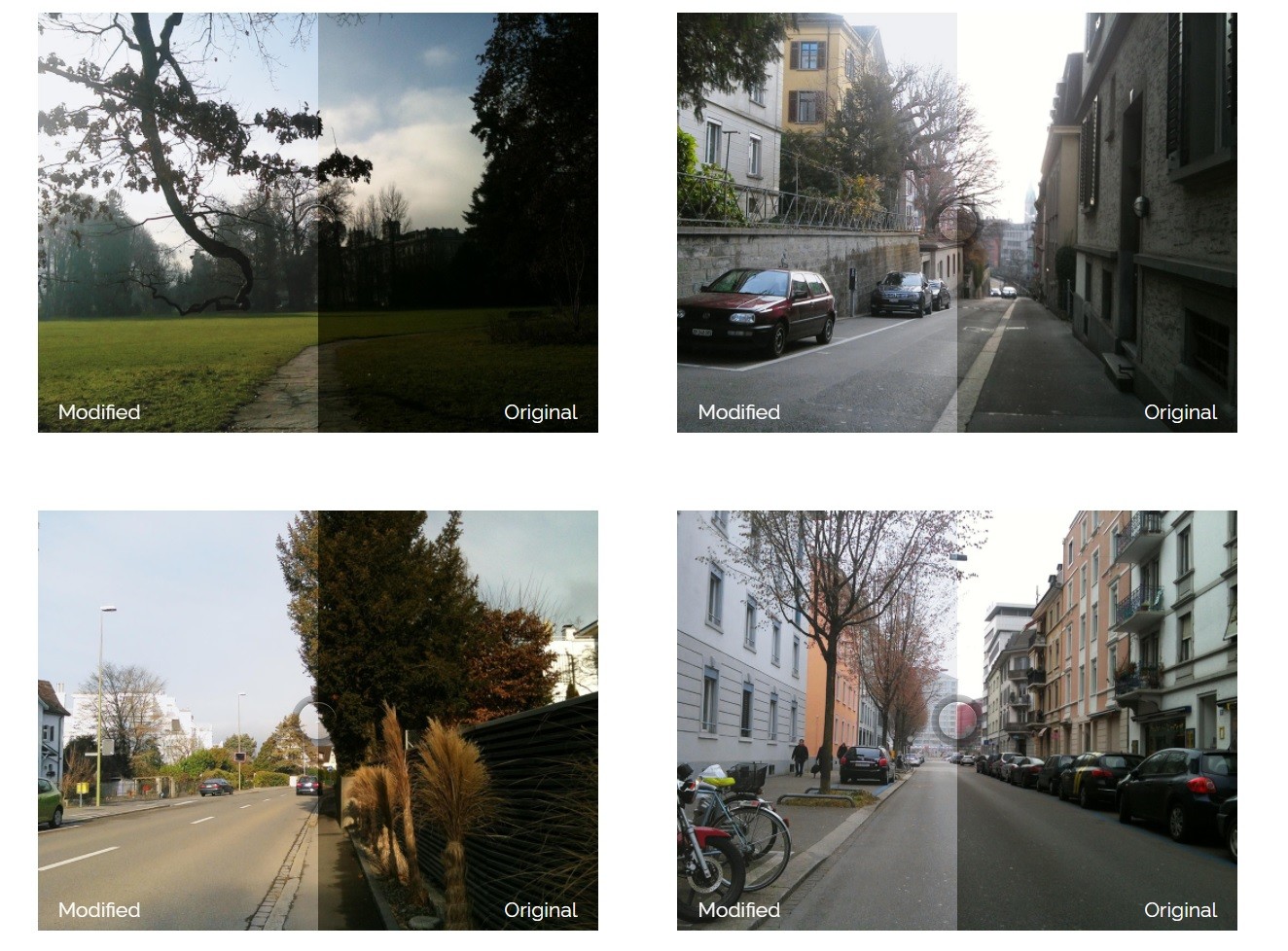 It is undeniable that the best mobile phones on the market, the banners of Apple, Samsung or Google, take incredible photos. Despite how small the sensors and lenses they are mounted, they are capable of capturing snapshots of enormous quality thanks to both hardware and software.

However, not everyone has smartphones with so many capabilities and the images that end up in your gallery can leave a lot to be desired. That is why, in order to lend a hand to future phones with modest components, a group of researchers has proposed to transform “ordinary photos into DSLR quality images” through neural networks.

The work of Andrey Ignatov, Nikolay Kobyshev, Radu Timofte, Kenneth Vanhoey and Luc Van Gool, the scientists behind this research, began with the training of the neural network using an extensive data set.

They used more than 22,000 photographs taken for three weeks for an iPhone 3GS, a BlackBerry Passport, a Sony Xperia Z and a Canon 70D. Images of different scenes, with different lighting and compositional conditions, taken with a tripod and the automatic mode of telephones. For each of the moving photos, there was another one for the SLR camera.

After various treatments and adjustments of captured snapshots, the computational model was fed with them entering deep learning. Done this laborious previous process, the neural network was ready to work.

Like new arrivals from an SLR, although not always

Our quantitative and qualitative assessments reveal that the improved image quality is comparable to that of photographs taken with DSLR, while the methodology is generalized to any type of digital camera.

The results, at first glance, are good. Although they are not always ideal, as anyone can corroborate making a test on the project’s website; as long as it is not saturated.

While in some of the samples offered we find notable improvements, no less certain is that in others the result leaves something to be desired. The reproduction of the color and the sharpness are improved taking into account content, color and texture, following the pursued objectives, but sometimes certain dominant tones in the image or excessive saturation are observed. Miracles, of course, do not exist.

Undoubtedly this technology has time and space ahead to evolve. Perhaps in the future, thanks to this neural network or similar algorithms, the difference between smartphones with better and worse cameras is smaller. Or even transform a rainy day into a sunny one, one of the goals that will be sought from now on by those responsible for this initiative.