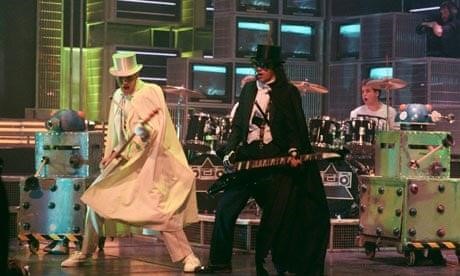 What would you do with One Million pounds? I can give you four options. 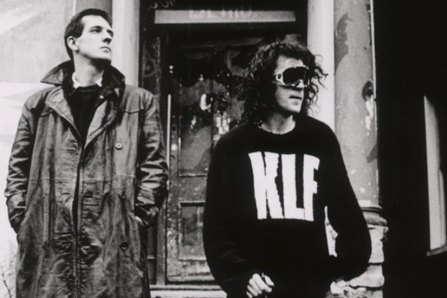 The band The KLF, aka The Justified Ancients of Mu Mu aka the JAMs aka The Timelords aka King Boy D and Rockman Rock aka Bill Drummond and Jimmy Cauty. Now that’s a lot of band names! It is, without doubt, one of the maddest moments of their career in what was an ocean of them.

Formed in 1987 by a disillusioned Music producer and wannabe band front man, Drummond and Cauty decided that they would challenge the established rock and pop music business with a series of sample heavy albums and showy costumed appearances all determined to create discord and highlight the false and hypocritical music executives who professed to love art but where only really interest in making money. At this time music was only available to purchase and play via the CD or Cassette tape, the days of streaming services like Spotify and Apple Music or YouTube were still some ways away and there was a significant amount of money to be made in terms of units shifted. Recording artists and A n R Executives were able to make millions very quickly.

The duo used samples. In other words they took lyrics, beats and rhythms from other songs and combined them to make a new one. How “new” is a source of some debate in the music industry even today and some of their early work as the Justified Ancients of Mu Mu was not played for fear of the radio station being sued. After they were threatened with legal action for using a sample from ABBA’s Dancing Queen they went to Sweden, with every copy of the record, to talk to the band and explain. When ABBA refused the duo burnt a large amount of the copies in a field and then threw the rest in the North Sea on the way home.

In need of funds, they formed The Timelords and fused the Doctor Who theme with Rock and Roll Part two by the Glitter band and Sweet’s Blockbuster. It was a massive commercial success, including an appearance on Top of the Pops and they then wrote a book telling others how to do it (which many bands have copied successfully). Other records followed to equal success.

The burning of a Million pounds, the profit from the records, was their last great statement and was filmed. It was called, irresponsible, dramatic, a statement plus plain stupid. They almost served time in prison for it as once they’d done it they couldn’t pay an income tax bill.