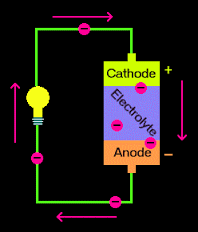 We are surrounded by batteries in our everyday lives but how many of us actually know how they work? If, like me, science was not your best subject at school, you might be surprised to learn that we are very dependent on these little sources of energy that can be found in remote controls, hearing aids, mobile phone, mobility devices like those available from a Wheelchair Bristol company  and of course, cars.

Batteries are essential so it’s about we found out how they operate. A battery is made up of three parts, electrodes, an electrolyte and a separator. But what are these I hear you say? There are two electrodes in a battery made of conductive material but they each serve a different purpose. One is known as a cathode which connects to the positive end and is where the electrical current leaves the battery during discharge (meaning when it is powering something). The other is known as the anode which connect to the negative end and is where the current enters during discharge. Still with me?

In between these electrodes is the electrolyte. It is a liquid that contains electrically charged particles or ions. The ions mix with the materials that make up the electrodes which produce chemical reactions enabling a battery to generate an electric current.

The separator is the easy bit and serves as a barrier between the anode and the cathode. If the separator wasn’t there then the contact between the two would cause a short circuit and that would be the end of that. When you put batteries into something and turn it on, you are, in effect, completing the circuit. The stored chemical energy converts to electrical energy causing the item to work. All parts work together to create an electrochemical reaction. Clever stuff right?

With non-rechargeable batteries the reactions will eventually stop and the electrons will no longer create an electrical current. This is when you know you’re battery is dead and needs replacing. These batteries have to be disposed of but rechargeable batteries can have the electrochemical processes reversed by providing electrical energy to the battery. This is what happens when you charge your mobile phone battery.

Lithium ion batteries are the ones that power most electronic devices these days. Other rechargeable batteries include nickel-cadmium which can be used in power tools and electric vehicles and Lead-acid batteries which are used in cars for starting, ignition and lighting.

All rechargeable batteries behave in the same way in that when you attach them to a power source, the flow of electrons changes direction, the anode and cathode are returned to their original state and current enters the battery as opposed to leaving it. You may have heard the word voltage being used to describe batteries and this relates to the amount of electrical force at which the free electrons move from the positive to the negative end. The lower the voltage, the slower the current. Car batteries are usually 2 volts but come in a connected series of six which is why these batteries are called 12 volt batteries.