The Sanctuary of Our Lady of Knock is a famous Roman Catholic Pilgrimage site located in the village of Knock, County Mayo in Ireland.  It was reported in 1879 that an apparition of The Blessed Virgin Mary, Jesus Christ, Saint John the Evangelist and Saint Joseph had all been sited there. The official recording of this incredible event says that a young girl called Mary Beirne and the Priests housekeeper Mary McLoughlin, were out at about eight o’clock at night in the pouring rain on the way home from the local Church when the younger girl suddenly saw three life-sized figures.  After running home to tell her parents several villagers gathered around the church and different witnesses stated that they also saw The Blessed Virgin Mary, Saint Joseph and Saint John the Evangelist, stood by the gable end of the church and Saint John the Baptist behind them.  On an altar directly in front of them was a Lamb and a Cross, they all believed represented Jesus himself! 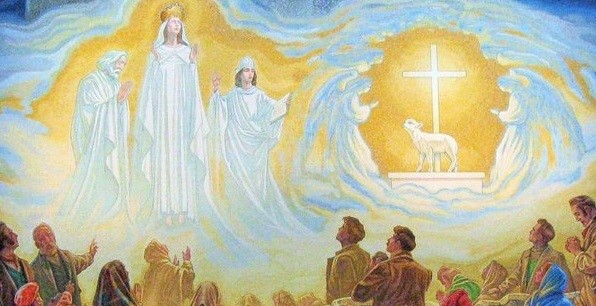 This incredible and revered Holy Shrine has been visited by thousands of Pilgrims over the subsequent years and can be seen in The Village of Knock itself in County Mayo Ireland.  The easiest way to arrive there if you are travelling from another Country is to fly into Ireland West Airport directly.  There are several other Irish Airports you can use to get there but Ireland West is the closest to the Shrine.  Check out different websites such as https://irelandwestairport.com/  and book your tickets to go to Ireland and visit this Holy place for yourself.  While in Ireland visit other beautiful places close by such as Ashford Castle or the Wild Atlantic Way less than forty miles away. Enjoy the incredible scenery and breath-taking countryside as you explore this stunning area of Ireland.

In 1960 Pope John XX111 presented a special candle on Candlemas day itself to the Villagers of Knock.  In June 1974 Pope John Paul 11 blessed the foundation stone for The Basilica of Our Lady, Queen of Ireland. This first ever trip by a Pope to Ireland was completed by Pope John Paul when he visited Ireland from Saturday September the 29th until Monday October the 1st.  He visited Dublin, Galway, Limerick, Drogheda, Clonmacnoise and Knock itself.  Over 2.5 million people visited the different events that he attended. 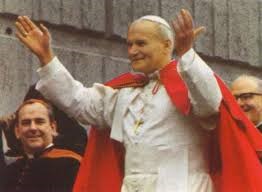 This special visit was part of the celebrations to mark the centenary of the apparitions at the Shrine of Knock in August 1879.