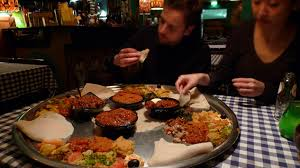 When you are sat down in a restaurant eating a beautiful meal with friends and family enjoying your surroundings and the surprisingly artistic Restaurant Cutlery that they may have purchased from https://www.heritagesilverware.com/category/restaurant-cutlery, it can be easy to think that everyone eats their food in the same way – on a plate with a knife, fork and spoon. However, throughout the world there are different ways in which people enjoy their meals. 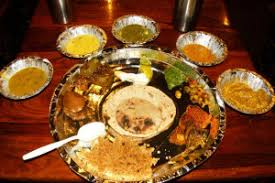 Here are just a few of them.

India – most food in India, usually served in the home, is eaten using your hands. There is an art to this and table manners and eating etiquette indicates that the right hand should be used for scooping food, mixing food as well as eating. The left hand is used for cleaning – the right hand, the mouth and picking up crumbs that have fallen. A flat bread is also sometimes be used for scooping up food and soaking up any liquids that are on the plate.

Asia – in countries such as China, Korea, Japan and Vietnam chopsticks are used as the primary eating utensil. These tend to be made from bamboo, wood or plastic and are held by the user in their dominant hand and located between the thumb and fingers. They are used to pick up food and move this up to the mouth for eating. The chopstick style and length changes depending on the country in which they are being used. Chinese chopsticks tend to be longer than their Japanese and Korean counterparts. The ends of chopsticks also differ, with Japanese chopsticks have longer pointed ends, whereas the Vietnamese chopsticks have a blunt point at the end.

Ethiopia – rather than using specific utensils in Ethiopia the plate itself is used as a means as to which to scoop up the food and eat it. Food is placed on a piece of flatbread known as injera which then carries the food. It is similar to the way in which cornish pasties were used as both a casing and a food substance with the crust of the pasty being used to hold the food and prevent the dirt from the farmers hands entering their mouths.  As well as using the injera to hold the food in Ethiopia it is traditional to wash the hands before eating and to enjoy a cup of coffee at the table following the meal.

There are many other eating traditions throughout the world and it is important when visiting these countries that you make yourself aware of any of these traditions to ensure that you do not upset any locals or people you may be eating with during your visit.