Much to the apparent joy of Fiona Bruce a rare piece of Chippendale has been uncovered on table number 4 whilst Tim has unearthed an old musket from the civil war. It is a good job he didn’t turn up with an entire tank. He likes to keep his Tank Driving recreational these days and heads to  https://www.armourgeddon.co.uk/tank-driving-experience.html for the experience. There is only one world where that sentence would make any sense and it is in the realm of the Antiques Roadshow. It’s hard to believe that the Antiques Roadshow, Sunday afternoon easy watching fair at its very best and sedate, has been going for Forty years starting in 1979. Hard to believe but, nevertheless true, it “exploded” onto our screens ably hosted by Bruce Parker (no, me neither) and when that didn’t work out Angela Rippon was drafted in to give the show some “pizzazz”. 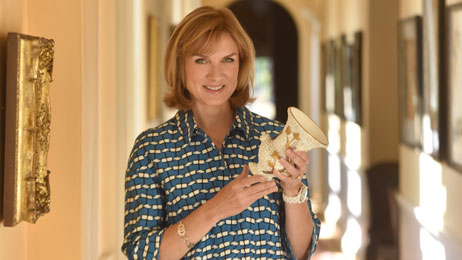 The show is based on a documentary in 1977 that gave people the chance to bring an item and have it valued by an actual Antiques dealer. It proved so popular that the BBC took 2 and half years to realise it was a good idea to make it into a proper show. 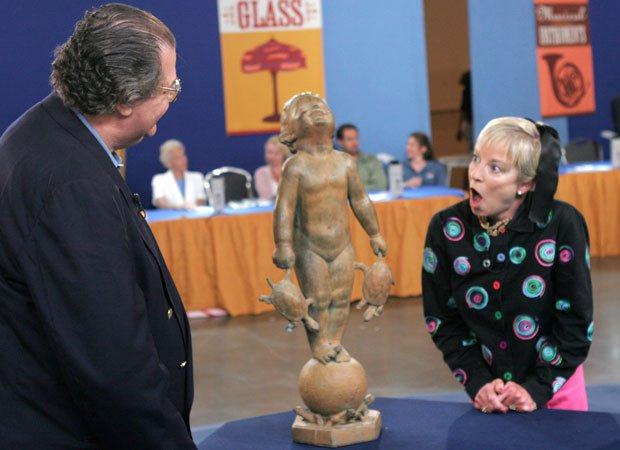 The producers solved this issue by only having the Roadshow in places that had a medium to high middle and upper class population ratio. So, it is more than likely that you’ll hear, “this week the Antiques Roadshow comes from Cheltenham/Solihull/Guildford etc” but never from say Mosside or Tower Hamlets. They soon found that using this method ensured that they only got items that had been locked in the trunk in Aunt Maud’s attic for 25 years. This was good as it gave the Dealers something interesting to look at.

The premise is simple, you queue up for hours in the hot sun only for the stable of Dealers to look through the tat that people have brought in. You only get to speak to one of the televised Experts if you’ve managed to find a lost Rembrandt painting or something. So, in many ways, it’s a bit like the X Factor auditions except this time it is for old stuff.

The show has had some success. A lost painting by the artist Richard Dadd (a very interesting individual by the way) was bought by the British Museum and a one million pound estimate of a small statuette of the Angel of the North made by the artist Antony Gormley to see what it would look like before they made the big version..