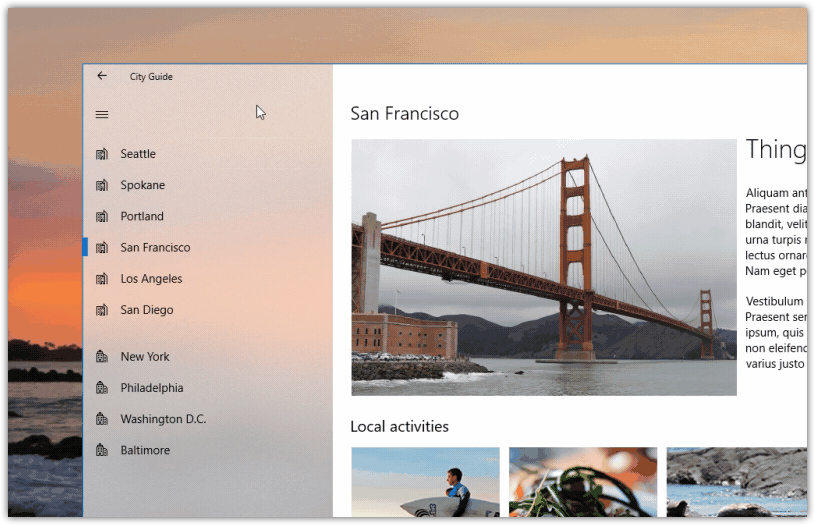 Microsoft is stepping on the accelerator with updates for Windows 10 in the Insider program. A couple of weeks ago the Build 16215 brought us a huge menu of changes, improvements and new features, along with a lot of Fluent Desing.

This time is the Build 16226 which is loaded with interesting things . If you are a member of the Microsoft Betas program and you are in the fast ring, you can install and test immediately. If you are in the stable version, you have to read this article and wait for the big autumn update when the Fall Creators Update arrives.

We talked about this feature recently in Genbeta, Microsoft wants you to not have to worry about the lack of space on your disk and for this it has equipped its cloud storage service, OneDrive, with a new feature that allows the user to Windows 10 access all the files you have in the cloud without having to download them .

This appeared for the first time in Build 16215, but with this new version you can now have more control over what is downloaded and what remains in the cloud.

For example, if an app tries to download files that you only have in the cloud, Windows will show you a message so you can decide if you allow it or not. And, you can block applications individually so they can not download files and save them to your disk locally.

Three novelties are mainly eye-catching in the browser: Edge will now allow you to migrate settings and cookies from Chrome , which is useful if someone is considering migrating from Google’s browser.

Cortana now helps you highlight text and add notes to books in EPUB format within Edge. And, the way in which favorites are stored has been improved . Now you can see your bookmarks in the different directories within a list that you can expand or collapse.

When you add a favorite you can choose the folder, and you can also edit the URLs of any favorite in the menu or in the bar.

Windows 10 now has new emojis. In addition to this the emoji panel that was introduced in the previous build, now has search functions. To show the emoji panel you must press the Windows + “” key. ” or “;” and when you type the keyboard it will show you suggestions.

They have also added a black theme to the panel, and in addition to the new emojis, the appearance of others has been updated to make them look more consistent.

Another interesting novelty that comes with this Build is the ability to measure the performance of your GPU from the Task Manager, something that had never had this tool.

The changes with Fluent Design are also intensified, and in this Build, Microsoft has presented for the first time the behavior “Reveal” which is a way in which animations are shown when the user interacts with menus of an app.

Other improvements include a simpler way to activate spatial sound by simply clicking on the sound icon. Better support for writing on the tactile keyboard in several languages, and freehand writing has also been refined.

A new section was added to the game options to solve network problems that may prevent you from playing or chatting with other Xbox Live users. And, the Windows Explorer has a new option in the context menu to share files.

We have only touched on the things that have seemed most interesting to us, but there are many more changes and bug fixes, as well as more important characteristics for professionals. You can read more in the Windows blog if you are interested in the rest of the details.